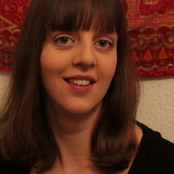 Halfway through my undergrad I realized that what I cared most about could be a full-time job. I am lucky to be able to work on strategies to protect our planet's life support systems. To do this, I develop & apply approaches grounded in spatial ecology & conservation decision science. I have worked with NGOs, academics, and decision makers in various communities in Bolivia, Brazil, South Africa, Guinea, Canada & Mexico.

I am currently a post-doc at the University of Oxford and the Nature Conservancy as part of the Livestock Environment And People project, focused on identifying policy levers along the food-supply chain from deforestation and human rights conflicts in Latin America to hamburgers on a dinner table near you.

I am also the founder of a campaign that allows individuals to replant their share of deforestation. So far, we have planted over one hundred thousand trees that are growing up in food forests. These forests support farmers who are struggling to grow food in the age of climate breakdown and take pressure off natural areas. Visit 400trees.org for more information on planting trees with us (including fancy gift certificates).

Summary of the past decade

2018 - Present  Postdoc, University of Oxford and The Nature Conservancy, UK