Laura Kehoe
My research focus is based around taking ecological knowledge and transforming it to develop cost effective management actions. I am currently a post-doc at the University of Oxford and the Nature Conservancy, investigating the environmental effects of meat and dairy in global diets - and figuring out the policy relevant solutions needed to feed the world without destroying it. Within the range of solutions available, international trade agreements are a crucial and often overlooked component in striking a balance between livestock production, environmental protection, and the livelihoods of local communities. Our recent letter in Science, signed by over 600 scientists and two organizations representing over 300 Brazilian Indigenous groups, calls on the European Union to respect human rights and the environment in trade with Brazil as part of the provisional EU-Mercosur trade agreement. More info on this initiative is available here: eubraziltrade.org, and info on our overall research project here: leap.ox.ac.uk
Balancing human resource use with the natural world

​My previous post-doc position focused on the Fraser River Estuary Resilience Project with Tara Martin and Julia Baum. Estuaries are amongst the most important and productive marine ecosystems globally. They also are amongst the most at risk. British Columbia’s Fraser River Estuary (FRE) provides valuable goods and services to the people of Canada and abroad. Not least, it is the mouth of the largest salmon bearing river in the world, supports the highest concentration of migratory birds in Canada (up to 1.4 million during peak migration times), and is home to half of BC’s rapidly expanding urban population.

This project brings together experts in ecology, sociology, economics, and management of estuarine systems and the FRE, including those from government, First Nations, industries (fishing, agriculture, forestry), academia and environmental non-government organisations, along with fishers and other nonspecialists with local knowledge. Together these experts, policy makers, and stakeholders have estimated the costs and benefits of alternative management actions. The outcome of this project will be a prospectus for cost-effective management actions to ensure the resilience of the FRE’s natural assets (coming soon, papers still in review...).
​ 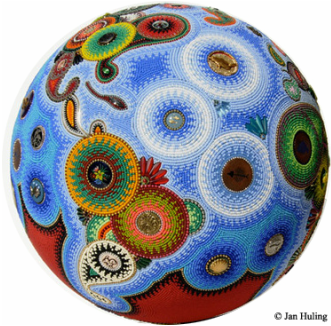 My PhD research focussed on the global relationship between food and fauna.
Growing food is essential for human well-being but is also one of the main drivers of the current biodiversity crisis. As land use increases rapidly in the coming decades due primarily to the surging consumption of resource inefficient foods such as meat and dairy, the question of how future land use change may affect global biodiversity patterns becomes increasingly important.

The project was funded by the Einstein Foundation and carried out in collaboration with Princeton University (US), the Potsdam Institute for Climate Impact Research (Germany), the Environmental Research Centre (UFZ) in Leipzig (Germany), and the University of Göttingen (Germany).